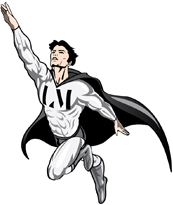 “We think far less than we think we think”, Daniel Kahneman, Economist and Nobel Prize winner.

Do you remember the details of your journey to work this morning?  Have you ever driven somewhere and realised you can’t remember actually getting there? Whilst this isn’t something to be encouraged, ‘autopilot’ is a neurological survival response to stop our brains exploding from information overload.

Cognitive and social psychologists as well as behavioural economists all report that over 90% of ‘decision making’ activity is performed on autopilot.  We make decisions within the blink of an eye.  We follow the crowd.  We don’t really think at all (although we’d never admit it).

We make millions of decisions on a daily basis, which all affect our behaviour.  If the majority of decisions are made on autopilot, how can brands change peoples’ behaviour?  How can we nudge people to behave differently? Design is perfectly poised to be the catalyst for behavioural change.

Brands have been quietly encouraging reflective thinking for many years e.g. Tetley’s round tea bag made people stop and notice the bag during the most automated of tasks. Peroni played the sophistication card serving beer in tall elegant glasses. Moving away from the male pint perceptions of draught lager has really connected with its female following.

However, in disrupting patterns of behaviour, the small things can make a big difference.  It’s about changing the lens. A study by Cornell University NYC showed the amount of drink someone pours can be influenced by the size of glass that they use.  Experienced bartenders poured over 20% more into short, wide glasses, than tall slender ones. Häagen-Dazs conquered the world of premium ice-creams by introducing a different format : the round pint. Daft Punk created interest and buzz by never revealing their heads, always appearing hidden with their futuristic helmets. By doing the opposite of what you would expect from a star, they created their own pattern of fame. 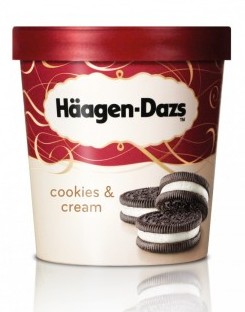 It can also be about how you prime your environment.  A wine shop conducted an experiment to see how store ambience would affect the sale of specific wines.  On alternating days, the store played French or German music.  On days when French music was played, French wines outsold German wines by a ratio of 5:1.  When German music was played, German wine outsold French 2:1.

Both people and brands underestimate the influence of arousing, visceral drivers on decision-making, believing their behaviour to be attributed to other, more rational factors.  We know we should never go shopping on an empty stomach and apparently, judges award more lenient sentences after lunch when they are content and satiated.  Many of our decisions are intuitive, supported by subconscious multi sensorial inputs.  Try tasting red or white wine in a black glass at room temperature – it’s very difficult to correctly identify the colour without the visual and thermal cues.

Hence ‘we think much less than we think we think’. Human decision making is strongly biased in favour of the emotional, instinctive and intuitive.  For a brand to succeed it needs to ‘disrupt’ thought patterns and change behaviour in order to engage.  But you don’t have to shout and scream or cause a commotion. Small things can make a big difference.